In October 2014, MYAN (Australia) hosted ‘FUSE’ – Australia’s first ever national youth summit for young people from refugee and migrant backgrounds. Held in Sydney, and working with the themes of ‘Connect’, ‘Ignite’ and ‘Trail-blaze’ , FUSE brought together 40 of the brightest young leaders from across Australia to put a multicultural lense on national youth issues. FUSE equipped young people with the skills, confidence and networks to become influential Australians.

Through workshops and panel presentations, FUSE delegates learnt from each other, heard from experienced advocates and met MPs and other decision-makers. The program also included a powerful performance from Tasmania’s Students Against Racism, followed by a Q&A with Dr. Tim Soutphommasane, Australia’s National Race Discrimination Commissioner, on issues of racism, identity and belonging. 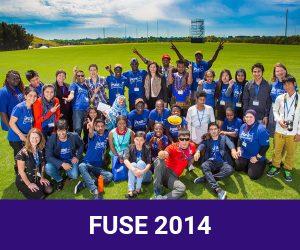