Colour between the Frontlines

We are living in unprecedented times. The world is fighting a battle against an invisible enemy and, although relatively new, it is relentless and unforgiving. The world has almost come to a standstill and yet, the injustices that many marginalised groups, communities, and developing nations experience have been intensified. Pacific Island nations are no strangers to such adversities. For decades, they have been fighting against and invisible enemy themselves. One just as persistent and merciless.

Standing on the frontlines of its effects, island nations across the Pacific have and continue to face the brunt of climate change. As many countries close their borders and shut off resources, the Pacific is forced to face loss and damage, once more, not of our making. Disasters like Cyclone Harold are an unacceptable double-attack, exacerbated by climate impacts. However, as they have done in the past, time and time again, Pacific Islander communities have showed up and showed out. Finding innovative and creative ways to stay connected, stay engaged, and display a kind of resilience in a time of crisis that is unapologetically Pasefika. As much as times like these may create an environment of anxiety and grief, it also allows us to set the rhythm at which we live our lives. Almost as if we are marching to the steady beat of our ancestors’ drums, the Pacific Climate Warriors are setting the pace for what climate action can look like in spite of appointed restrictions and regulations. We are being granted the time and space to take a second to ruminate in how our resilience can shine through it all.

As more and more families are forced to stay at home, we understand this to be a valuable time for parents to engage with their children in ways they may have never thought about. In response to this, the Pacific Climate Warriors Brisbane team have developed and created a colouring book for the whole family. We hope that it will serve to act as an avenue to express creativity as well as down-time for relaxation and reflection. Most of all, it was created as a potential conversation-starter in the home for intergenerational discourse on a matter that affects every single one of us. In this way parents, children, grandparents, and extended family alike will have a platform to safely talanoa, or talk, about an important issue that directly affects us as Pacific Islanders. The colouring book is an extension of ‘MATAGI’, meaning wind in the Tokelauan language, a short film brought to life by the PCW Brisbane team as a call out for the Global Climate Strike in September 2019.

Falling on International Mother Earth Day, the timing of the release of this colouring book is shamelessly intentional. With the Australian fires earlier this year; the worst locust invasion in Kenya; and now a worldwide health pandemic link to the health of our ecosystem, nature is suffering, and Mother Earth is clearly urging a call to action. There is an undeniable and close relationship between human, animal and environmental health. Many people share the perception that current visible, positive impacts such as improved air quality or reduced greenhouse gas emissions are the silver lining to the global devastation that is COVID-19. Such effects are but temporary. These outcomes ride on the curtails of tragic economic slowdown and human distress. Now, more than ever, we are in necessity of a shift to a more sustainable economy that works for both people and the planet. The world needs a just and fair transition to a 100% renewable energy future. 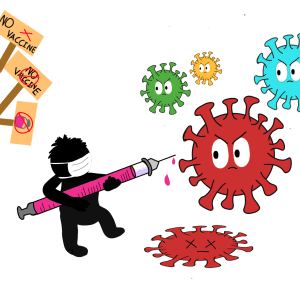