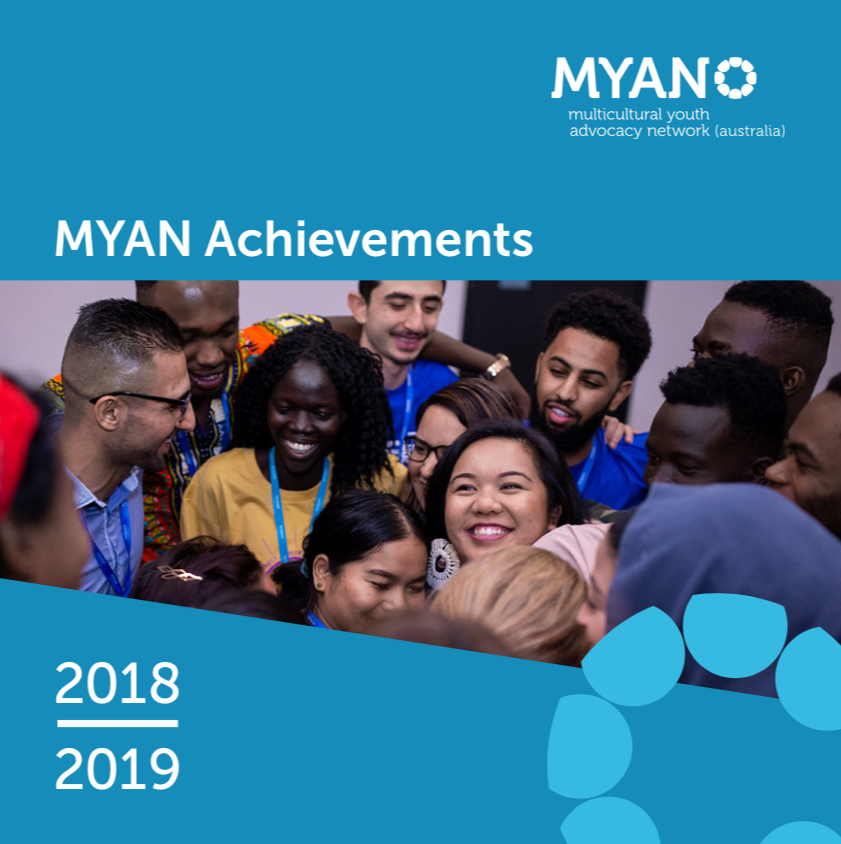 Our Achievements 2018-19 Report is out! It has been a jam packed year! Particular thank you to our fabulous Governance Group, staff, State and Territory partners, Youth Ambassadors Network, State and Territory Advisory Network and everyone else in our networks across Australia for making it happen! Thanks also to our funding bodies for their support and of […]

Review into Integration, Employment and Settlement Outcomes for Refugees and Humanitarian Entrants

MYAN welcomed the release of the report on independent Review into Integration, Employment and Settlement Outcomes for Refugees and Humanitarian Entrants last week, including the commitment from the Federal Government to support a range of recommendations included in the report. MYAN notes the inclusion on youth, specifically the issues raised regarding barriers to employment and […]

MYAN was delighted to have an exclusive meeting with Dr. Michelle Bachelet as part of The Australian Human Rights Commission (AHRC) human rights conference ‘Free and Equal’. Dr. Bachelet spoke emphatically about the importance of including young people’s voices in decision-making at all levels, and their critical role as leaders and change agents. She also […]

MYAN is working with UNHCR Headquarters in Geneva to update their Integration Handbook, focusing on Chapter 3.3 Investing in the future: children and youth.  As part of this project, MYAN is running consultations with young people from refugee backgrounds in Australia, the United Kingdom, New Zealand, Canada, Germany and the United States of America to capture the voices of young people […]

Thank you to all who participated in MYAN’s National Youth Settlement Framework Review Survey! We know from your feedback that the NYSF is a valuable tool for enhancing the settlement outcomes of young people, the purpose of the NYSF is clear, and that it is being used in practice across a range of sectors. Stay […] 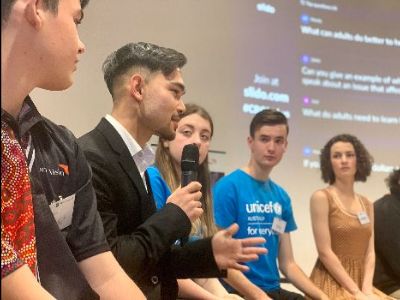 Consultations on the Inquiry into ‘Nationhood, National Identity and Democracy’

MYAN  has prepared a submission to the Legal and Constitutional Affairs References Committee’s Inquiry into ‘Nationhood, National Identity and Democracy.’ This is an important inquiry. MYAN Australia’s vision is that all young people from refugee and migrant backgrounds are able to be active participants in, and contributors to, an Australian society in which they feel […] 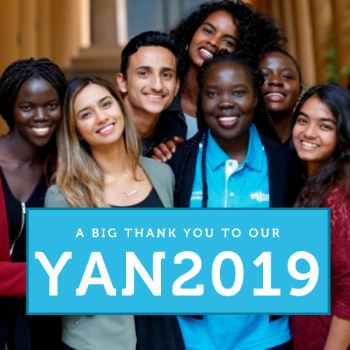 This year our 2019 Youth Ambassadors Network (YAN) has been incredibly busy both locally on the ground, and as advocates for their states and territories on a national level. Some of their achievements include: Organising and facilitating FUSE 2019, MYAN’s national multicultural youth summit Facilitating consultations on employment issues for young people nationally Presenting at […]